I mostly wanted to build this because I felt like the Sigma Chi basement could use a facelift. It would also be incredibly fun to build a large light installation.

You can buy the rear mirror for very cheap on Home Depot or you can get an acrylic one at Altec Plastics . You'll be applying a film onto a clear acrylic piece for the front mirror, and again I'd recommend Altec Plastics (they have great discounts if you buy both). You then need to get some 95% film which you can find here . Then you simply apply the film onto the acrylic as the instructions say. You must spray water onto the acrylic before application of the film or else you're going to get bubbles you can't easily remove For the LEDs, you should get 5050 LED Strips (5060 if you're feeling adventurous) and some addressable WS 2812b LEDs. In case you were wondering, WS2812b use one 5050 LED while WS2811b use three small LEDs. One integrated 5050 LED is much more efficient. 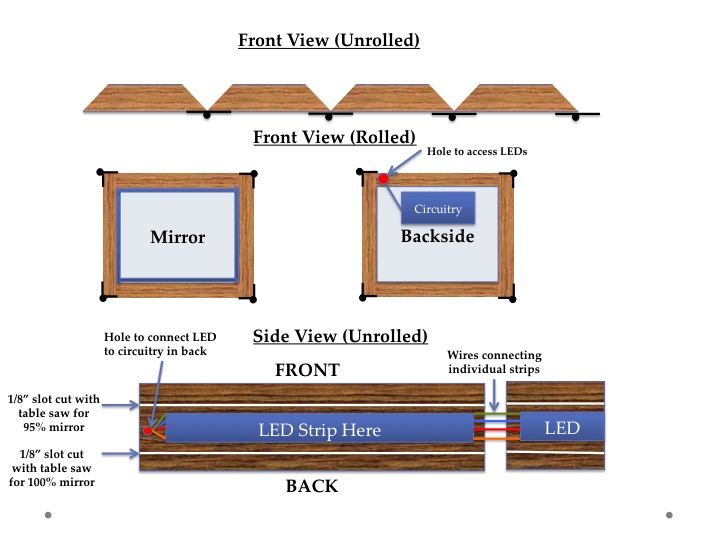 I started off thinking that I could use hinges as the structure of the large 3' x 4' frame at first. My intuition was that if I screwed the wood in with such large 2x4s, then the frame could break fairly easily. Using hinges would allow me to work on each piece separately, and then roll it all together. The problem became connecting the four pieces of wood electrically. This was just too much of a hassle, as the wire would often break when I wrapped the entire thing. Also, the extra wire upon closing the frame made the mirror look kinda gross. 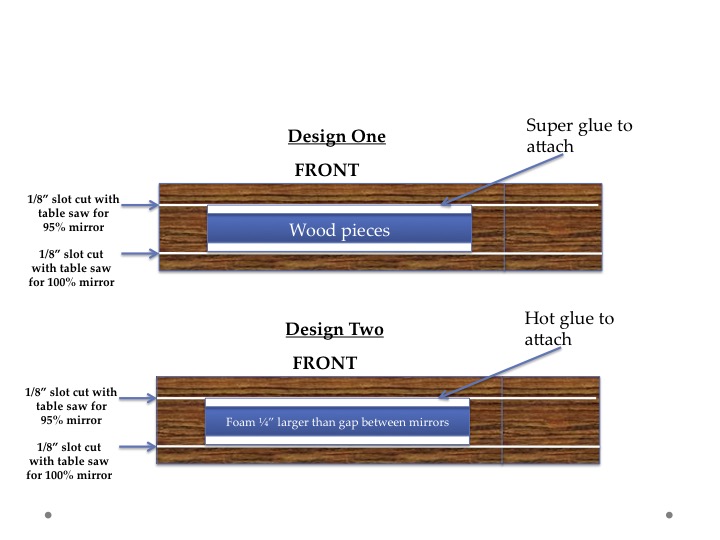 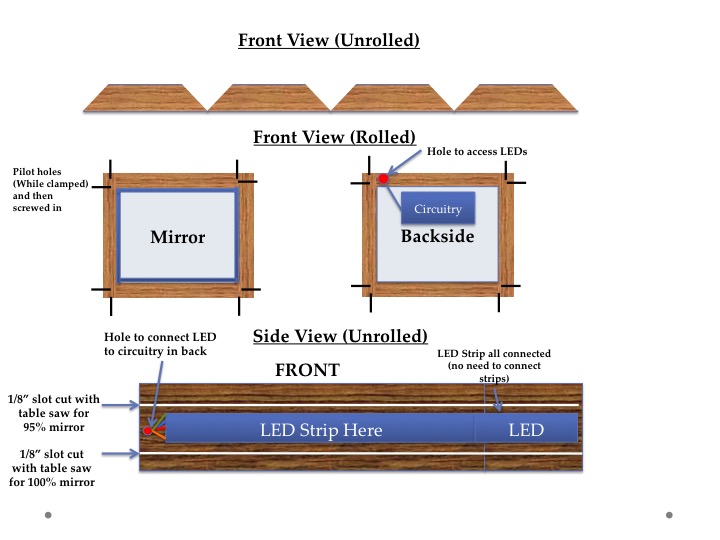 That ended up not working out because the wire connecting the LEDs were too fragile, and honestly, it was just too cumbersome. Enter David Campos, legend extraordinaire. I asked David what I should do to make it more structurally sound, and he suggested the initial idea of drilling pilot holes into the sides of the frame and then holding it together via screws. Then he suggested the idea of putting the infinity mirror on the ceiling and using foam instead of wood as the structure on the inside. Basically, he's way better at this than I am. We edited the design and then made it work. I don't know what I was worrying about when it came to holding the frame together.
To place it on the ceiling, we simply used four large 1/2" diameter bolts, pilot holed them to the ceiling with three bros holding it in place, and then ratchet driving it in. Worked like a charm. 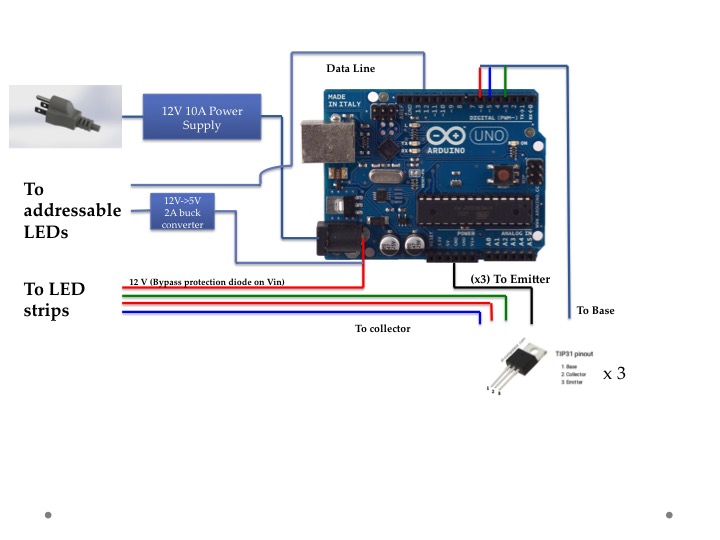 The circuitry itself was pretty easy and also went through two designs changes. I originally bought a 12V->5V 2A buck converter, but that stopped working really quickly. I'm not sure if I broke the transformer or the LEDs, but I had to go back in and change the circuitry after the buck converter broke. If I continued using the buck converter approach, I'd need a larger power supply, which wasn't in the budget. 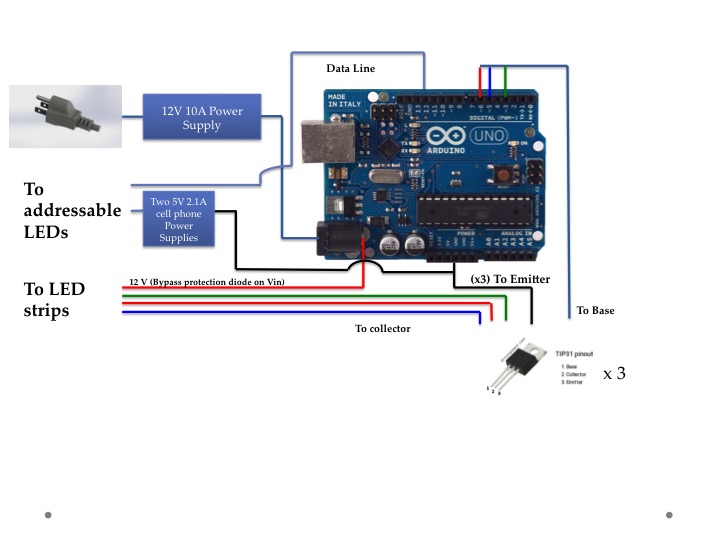 When it was all done, it worked like a charm. The code on the arduino is fairly simple (it was like 50 lines of code), but basically we just used fading and then I used a boolean variable that constantly switched between fading the addressable LED strip and fading the non-addressable LED strip. If I went back, I'd probably just add more sequences to the LED strip, add a bypass capacitor to the LEDs, and clean up the board on the back of the image.